Over the last few days I have noticed a particular interest in decoding words in two of our oldest kiddos.   Today the three of us had a series of really productive conversations about how words work, all of which was based on a rather short, but significant, moment of inquiry.

This morning I noticed these two kids flipping through a book of yarn craft projects.   A few minutes later they came and asked if we had any beads.  While another facilitator fished these out of the supply closet, I observed the kids talking together about the title of their chosen project as printed in the book.   They decided the first word was about beads and were debating over the likelihood that the second word was “bracelet.”  They pointed to the letters of the word for each other, talked about the sounds of various letters and pointed to various photos on the page.

Lots was happening here before I entered the conversation at all.  They were using context clues from the pictures and from their prior knowledge about craft projects.   They used phonetic knowledge to decode.  They referenced the text as they talked, pointing out features of the words and the page to one another.  They worked together to share knowledge about the text.  They had a clear and self directed purpose for reading this text.

Friends, that is a lot of productive stuff going on before any guidance from a mentor came into the picture!  When I did enter the conversation, I supported the kids with what they were already doing- we looked at the second word first, since this was their point of curiosity.  They were back and forth over whether the word was “bracelet.”  They seemed to feel like this made sense contextually but not phonetically.  We zoomed into the word noting the /d/ near the end of the word.  Then using more context clues they quickly decoded the word as “braids.”  We talked a few more moments about the two words, “beaded braids.”

This whole conversation took a couple of minutes, just long enough for the beads to be found in the closet by my colleague.  The kids then spent almost an hour engaged with making beaded braids using the craft book and an adult facilitator for support. 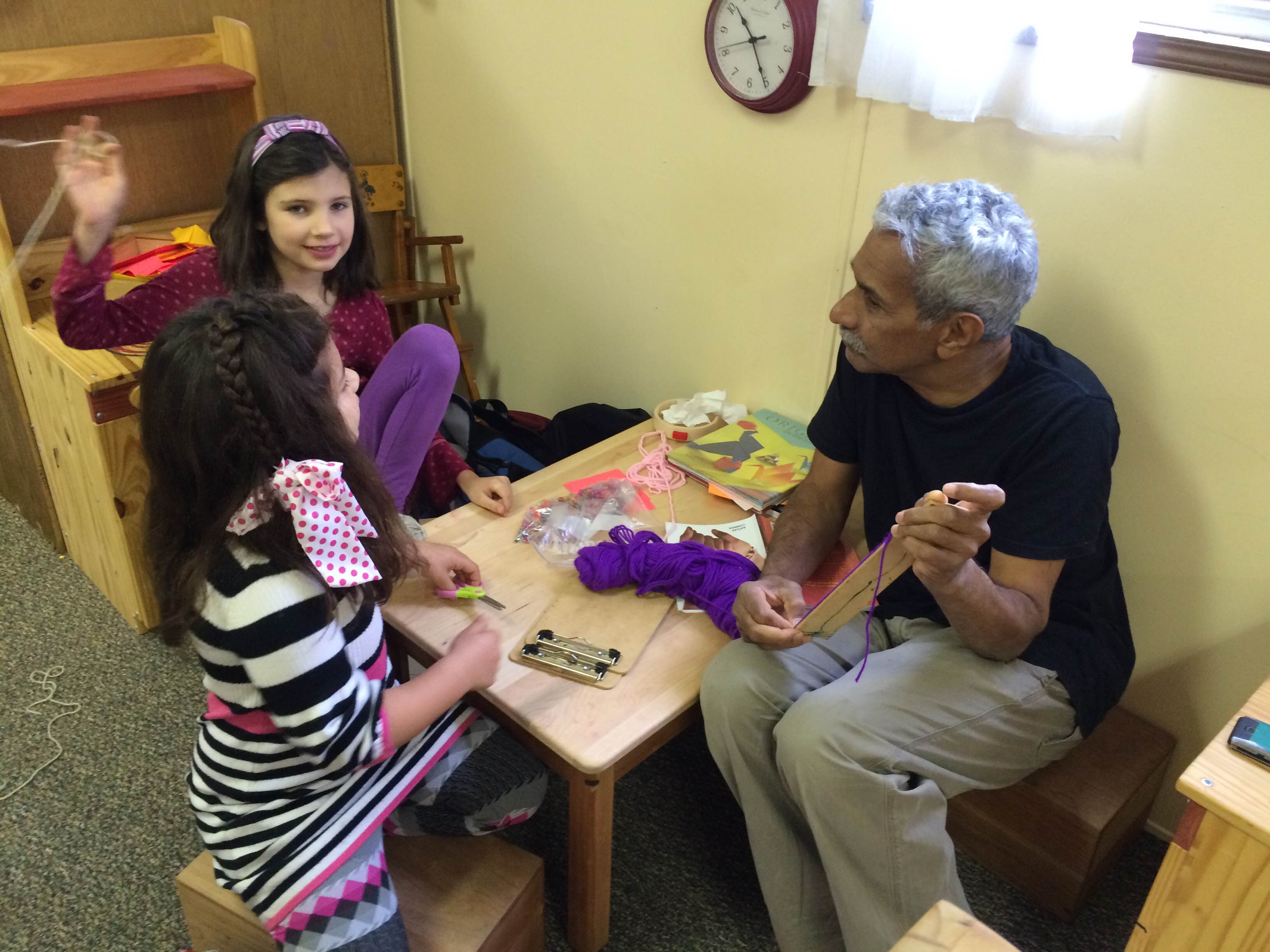 The second conversation happened in the afternoon as I was writing some notes about the day in the kids’ reflection books that go home daily.  These two kids joined and asked about the notes.  I read them the one I had written about the reading and braiding experience.  They decided to write some notes in their reflection books as well.  As they worked, talking with each other and me about the ideas and concrete writing, one of them asked for support to write the word “came.”  We talked about this word for a bit and how the long /a/ sound works in the word.  This led us back to “Beaded Braids”, and a more in depth discussion of how the vowel sounds in these two words work.  Again this conversation took all of a couple of minutes and was based on the kiddos’ choice to write a reflection and their own inquiry into words.

This bit of engagement from today has stirred several ideas about  reading development for me.   Here’s the run down: